Advertise or Host A Radio Stream or Link from Only R20 per month!

Listen to our Featured Radio Station for the Month on your favourite device at 128Kbps on:

Send "Home" or "Car" or "Life" or "Funeral" or "MVA" and your Full Name, Age and Cell No. to: info@medsure.co.za or just go to www.MedSure.co.za, fill in the relevant form and we'll call you.

Phalaphala FM is a South African radio station owned by the government state broadcaster, South African Broadcasting Corporation (SABC). Phalaphala broadcasts in the Tshivenda language and can be received mainly in Gauteng and Limpopo provinces. 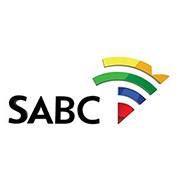 Phalaphala FM was born on way back on 2 February 1965 and came into being after a merger between Radio Venda and Radio Thohoyandou in 1998. The two radio stations of different backgrounds with the one being Venda Bantustan origin and the other being a SABC public broadcaster.

Radio Thohoyandou had a commercial wing which did broadcast in English and did not have the same license conditions as Radio Venda. The station broadcasts out of Limpopo in Tshivenda.

Looking for Things to do or need a Room, Hostel or Hotel?

To add your Radio Station, or radio Stream, or to advertise on our network or discuss how you can use it to promote your business, please Contact Us here.

Get a Free Insurance Quote Now: